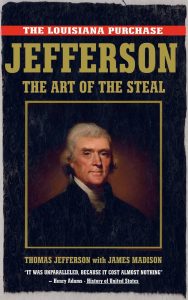 History often seems inevitable. When we look back at a historical event, we usually look at it with the outcomes or the results in mind. For example, when we think of World War II, we know that it ended in 1945. We know that the Allies won. Our entire view of that war is framed by those two facts. So when we study the year 1944, we know that the end is near, that within a year the war would be over, but that’s not how the people who lived at the time experienced it. They didn’t know that things would turn out that way until they did. They were no sure of the future than we are of our own future. Think about it: how sure are you about how things are going to turn out? How sure are you about who will win the next World Cup or next year’s Academy Awards? How sure are you about who will win the next presidential election or how the crisis in North Korea will turn out? Unless you’ve been given some sort of supernatural insight, you are probably like me and have no clue how things will turn out. You feel a sense of uncertainty about these things. That sense of uncertainty… that’s the same feeling every generation had about the times in which they lived. Rarely did anything seem inevitable. And someday, decades or centuries from now, people will probably look at our time the same way; they will view our time period with a sense of inevitability, with 20/20 hindsight. But when you view history that way, where you know the outcome of an event and you view it with that lens, you lose something. You lose the uncertainty… the contingency of the moment. You lose the perspective of the people alive at the time. You lose the element of risk—the stakes that underpinned every event and every decision.

I’ve always felt that American history is especially susceptible to this. In some ways, our country’s history seems inevitable. It’s like there’s a neat, linear progression to how our country came to be. America declared independence, fought a war, defeated the British, created a government, and elected a president. Then it rose to become a world power. Now that America is a fact of life and has become the most powerful nation in the world, it’s hard to conceive of anything differently. It’s hard to imagine the United States not following that straight path.

But the funny thing is, when you study American history, you learn that things didn’t seem inevitable for people at the time and that it wasn’t all that certain. Today, we wonder if the republic will survive the problems we have today—terrorism, racial divisions, massive debt, crumbling infrastructure, failing schools, the list goes on. We worry that this could be it… that the path we are on now could lead to the ultimate demise of the country. And while many of these concerns are legitimate and leave us feeling very unsettled… when we study our history, we find that this unsettled, unknowing feeling has always been there for America. At no point in our history did we ever feel totally secure or that a prosperous future was guaranteed. And many times we felt that we were right on the precipice of monumental success or epic failure.

There is one event, in particular, that I will focus on in this episode. It’s an event of critical importance to our country and the world; without which we may never have become a world power. It’s a story that challenges our historical bias towards inevitability and the very meaning of what it means to be an American. It involves four of our presidents, all of whom played indispensable roles in this story. It involves a great deal of trickery, deception, and spur-of-the-moment decisions. And it’s a story with enormous implications for the world today. That story, the Louisiana Purchase, is the subject of this episode of This American President: The Art of the Steal.

If you want to learn more about today’s episode, check out Thomas Jefferson: The Art of Power by Jon Meacham, Jefferson’s Great Gamble by Charles Cerami, and James Madison: A Life Reconsidered by Lynne Cheney.

This American President is produced by Richard Lim and Michael Neal, with help from Jennifer Steinhoff.

The music in this episode is by Blue Dot Sessions.

The “Art of the Steal” image was created by Juliet Swanson.

This site uses Akismet to reduce spam. Learn how your comment data is processed.